Another week has passed on these marvellous Islands and yet again another gift to you - a shorter than normal rant...err...blog that is!
Well to the surprise of many, Greece has negotiated a 4 month loan extension on its debt mountain much to the apparent disapproval of the German government.
And the money markets responded in a small positive way.
Can't figure out if this is a good thing or just delaying what some call the inevitable declaration of bankruptcy of the Greek state.
A cynic might observe that no matter what the outcome, the bankers and inside traders will win and the lonely taxpayer will foot the bill.
Who said something to the effect of "history repeating itself" anyway?
The latest electronic lynch mob frenzy is sweeping the United States in terms of truth in reporting with yet a second and third well known and respected news reporter being accused of "conflabbing" the truth in their recollections of war zone reporting in the past.
Enough already and how about those nameless, faceless keyboard attackers get a life and move out of their parents garage and get a job and hey - pay some taxes??
Oh, and yes I did spot the typo in last weeks blog but in all honesty, felt too lazy to correct it - blame in on these Sandwich Islands OK?
Speaking of OK, this week the "BOSS" and I got to see a free concert given by the talented Henry Kapono.
A true master of Island music with an engaging personality and marvellous voice.
Last year on Maui we saw Hapa and now this year on Hawaii, Henry K. - does it get any better? 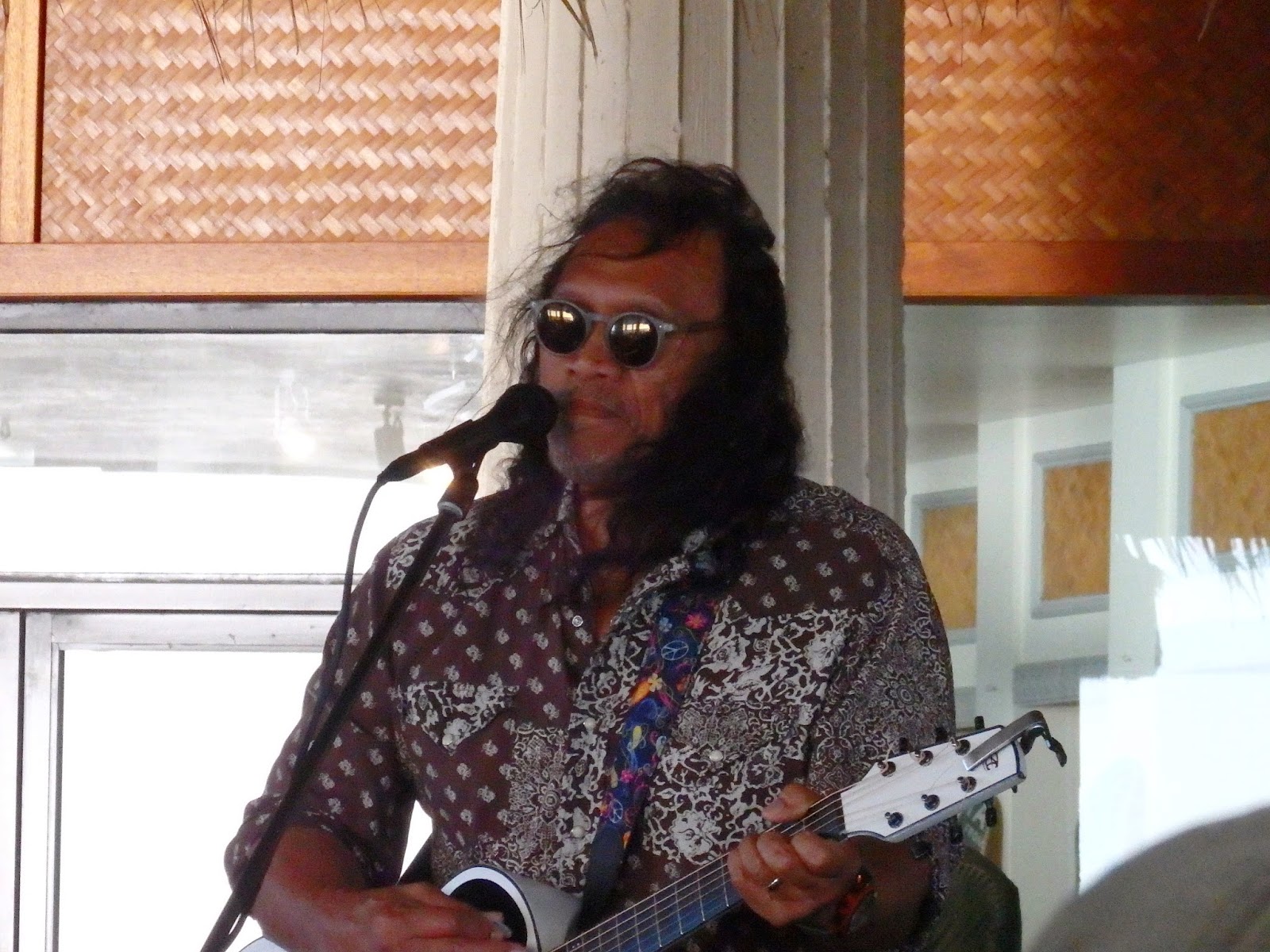 I suspect that it was a good thing that he did not recognize me and ask me to get onstage and sing with him as the entire area might have been evacuated in a few seconds as my better half compares my dulcet tones to that that of enduring a session of fingernail dragging on a chalkboard!
I see on the little bit of TV news we get here that many parts of North America are continuing to dig and dig and dig out from snow or still shiver from lasting cold snaps. Nothing funny about that condition and one can only hope that the longed for Spring will make a dim memory of these difficult times for all involved.
We did the drive from Kailua Kona to Hawi this week and it is educational how much the topography on this side of the Island resembles that of the area around Medicine Hat, Alberta. Typical ranchland is the concept that springs to the mind.
And yet the other side of the Island is tropical rainforest style.
And that we will see next week when we motor to Akaka Falls near Hilo.
Oh, we have seen a large number of whales this year.
Simple awesome - really and truly.
And mankind hunts and kills them?
And we are the better species?
Hmmmm..... 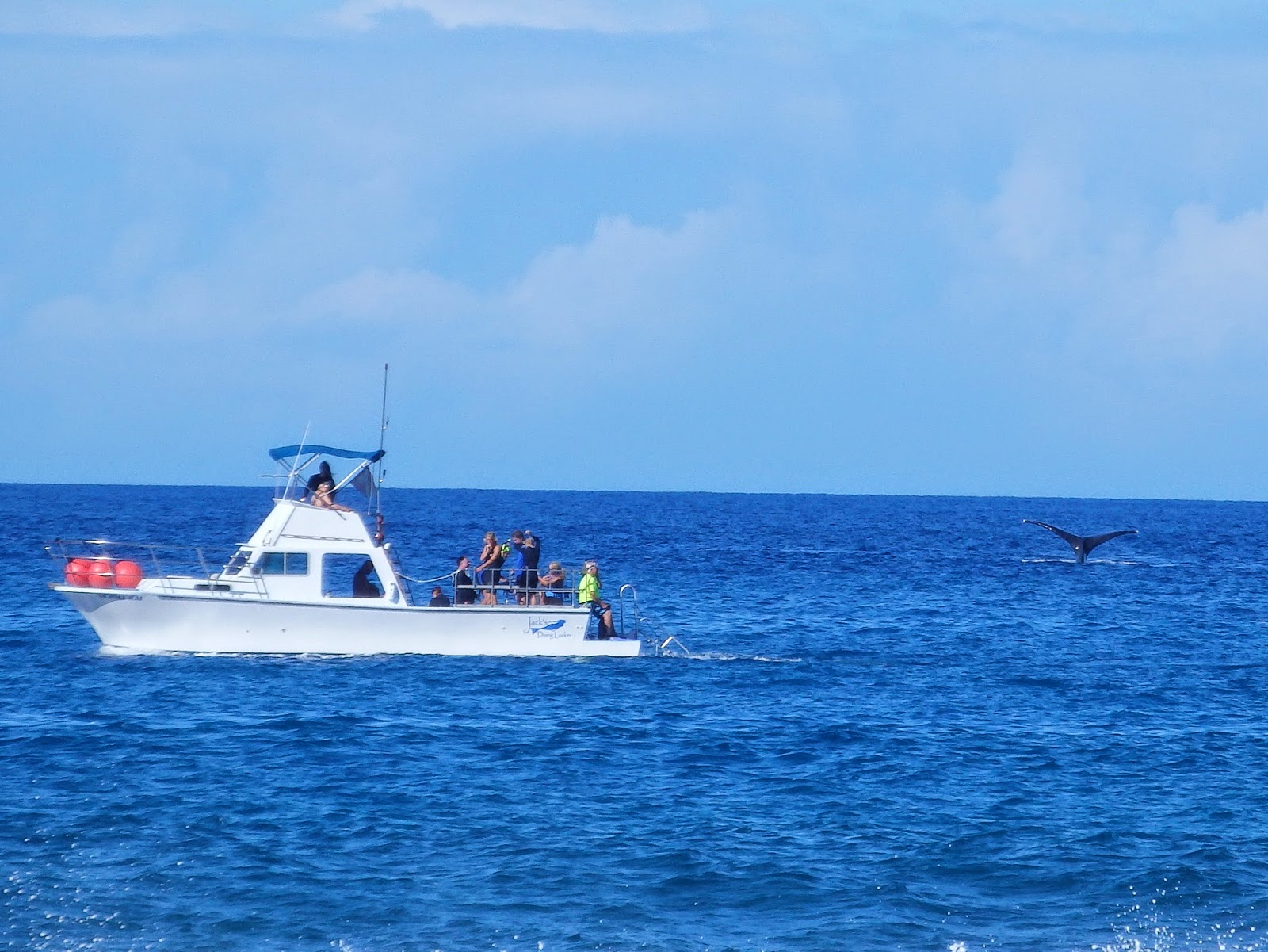 What is it with folks these days that when a person dies tragically, whether by roadside accident or in the case of a little boy who wandered outside the building he was staying in and froze to death, that they are compelled to leave visible markers such as teddy bears, toys and the like at the site? Or how the trend is to have interweb fund raising sites pop up to pay for the funeral? Is this a case of people really caring or just a way of exposing their shallow "wannabe part of a group" beehive mentality that is a consequence of this Twiiter \Instagram world that now surrounds us?
Heck, you cannot walk on a beach without seeing almost 90% of the people with their eyes staring at a cellphone while they walk along, totally oblivious to the beauty that is around them.
George Orwell must be smiling one suspects.
Sad, really sad.
A friend from My Island e mailed this week and said that Spring is a month ahead of the norm and plants are starting to "bud out". One suspects that this will be a good year weather wise on the Island but water conservation will be a concern possibly due to a lack of snow fall in the mountains this winter.
Oh well, so it goes.
In the meantime...time to go to Da Beach!