So I mentioned last week about Spring being at the front door - well, tell that to the east coast of North America or even the British Columbia Rockies and area.
Boy oh boy did they get whacked with snow blast after blast after blast.
My bad.
But..... the rhododendrons are starting to bloom in select areas around here on my Island and the local ski mountain has closed for the season due to no snow anymore.
Sorry.
So a famous American News person is admitting to "conflabbing" the truth about an episode in a war zone involving (or not) him.
Since when is the word conflab the same as lying?
Babble speak so as to minimize the impact.
From a reporter no less.
As bad as those "talking heads" that look at a TV camera solemnly and say they cannot comment due to privacy laws. And yet in the large majority of instances these pompous twits would not know privacy requirements if it bit them in the ass.
A smokescreen to hide behind and not be accountable.
You notice more and more in society people are making sure they get all they can and yet refuse to be accountable and spend untold time and resources to avoid responsibility yet piously attack via faceless keyboard anybody who is not "vanilla"?
And what of those folks that refuse to vaccinate their children?
Either because they are lazy or as some might say - stupid.
The autism society of America has flat out said vaccines do not cause autism - but do these "parents" care?
Do they think?
How about making them financially responsible for medical expenses incurred when their infected children infect others because of their irresponsible attitude?
How about making them accountable for the sorrow caused if someones child dies from measles supplied by their infected "free choice" offspring?
A selfish me first generation.
And they have no excuse for this - none - period.
Selfish.
Irresponsible.
Take your pick but they are wrong.
Heck, they probably vaccinate their dog or cat with no second thought!
The American store chain called Target is shuttering its Canadian operations and it is educational to see a couple of things happening in the process.
First, in line with a somewhat blase approach to consumer - signs indicating stock liquidation ranging up to 30% actually were meant for a small, small, small amount of merchandise. Almost a disdain for the shoppers that came out for the "sale". That being said, it is interesting to see the self entitled spoiled arrogance of the shopper that loudly proclaims to be insulted by the lack of almost free "stuff".
Selfish me first folks - embarrassing to think they are my fellow citizens.
And yes, Canucks can be arrogant in their so called self proclaimed humility when it is exposed to the world.
The Canadian Supreme court has ruled on doctor assisted suicide this week in favour of those wanting the right to do so.
The Federal government has vowed to take the full year extended by the Court to change legislation.
Funny that.
A full year is needed.
Oh, did I mention there is a Federal election this year?
Hmmm.
And in the House of Commons, not a single question from the Opposition side on this matter to the Government.
Not one.
Makes a person wonder why.
And the irony in this is that Health care is a Provincial matter by law - and yet no one in the media is mentioning that.
Hello news networks - do some homework OK?
And the dirty vicious wars in the Ukraine, Middle East and elsewhere flame brightly - was it only a month ago the airwaves were full of wishes of "goodwill to all men"?
A slow trickle of news reports now becoming a small torrent is about a demanded restitution of goods seized in the Cuban revolution of over 1/2 a century ago to Americans as a condition of better relations.
Really?
One assumes that the American government of the day made restitution to those affected by their war of Independence?
This might be a tough sell to the Cubans and the world community.
Next thing you know, native Americans might demand the same from Washington!
There were and are a lot of treaties made with them and Canadian First Nations as well by Governments that were never honoured - a fact.
Next week - my submarine ride and that is gonna be cool to say the least.
Hmm, assuming that I can be wedged into the darn thing!
take care out there,
flatlander52
oh- gone fishing! 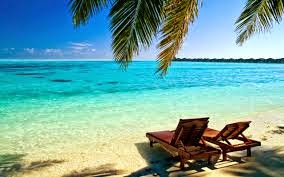