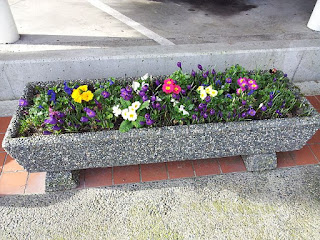 Next weekend the local outdoor markets are supposed to open!
Take care out there,
flatlander52
Posted by flatlander52 at 8:03 AM No comments:

Finally, on a personal note, I lost someone that I admired very much on Saturday. I once referred to him in a column as KHK in B.C. Well, he was my uncle and he was a good man, a good husband, a good father and a good grandparent, what better epitaph than that can one offer?
He will be missed by many.


take care out there,
flatlander52
Posted by flatlander52 at 7:20 AM No comments:

Well, I am back home on the Island and here we go!

Well, time to head home and say farewell  until next time to the Sandwich Islands, we had a great two weeks here.
One of the downsides (actually the only one) of being here is that world news is almost non existent unless there is some angle that pertains to the United States.
But I did get some tidbits.
It seems that Argentina is miffed at the International Monetary Fund (IMF) for imposing economic sanctions on the country because the IMF will not accept economic data supplied by the Argentine Government. The fact that most Argentine and international observers have been pointing this out for months now seems irrelevant to the Government. Inflation officially is less than 1/2 of what it is agreed to be by these observers. Just look at the official exchange rate of the Peso to the American Dollar and the fact that it is almost double that on the unofficial “blue” market. Inflation stats are suspect and reports of larger and larger wage demands by government employee unions make the claims of the government ring hollow.
It looks like tough times ahead for that wonderful land. Also it does not help the the President is now seeming to style her image to resemble that of the controversial former First Lady of Argentina – Eva Peron, a highly divisive figure in the history of the country.
This week we lost the last surviving sister, Patty at age 94 of the singing Andrews Sisters. The trio personified the big band, swing era in American history. An era now shrouded in glamor and allure and nostalgia. Of course the real world at that time was very different than that, but I digress. Also, and many kids of the 1960's will remember, the Etch a Sketch machine, the inventor,Andre Cassagnes passed on.
Two icons from 2 different eras, time marches on sadly.
Blackberry has released what many consider its last best hope to remain relevant and more importantly, alive in the smartphone wars. Early reviews are positive but shares slumped as the release in the all important USA market will not happen until mid February at the earliest.
More conflicting reports on the state of health of President Chavez of Venezuela emerge and one wonders how long this soap opera with huge consequences for North and South America will continue.
In both the United States and Canada, people are seeing price increases at the gas pump these days. Now let me get this right – the US and Canada are exporters of oil and yet prices are going up? And the cowardly politicians on both sides of the border who never have met a tax that they would resist, do absolutely nothing?
You think the oil industry has them in its pocket?
The politicos are too busy ducking and weaving and running from actually doing the job they were elected to, to help the average citizen. Too easy to raise their own wages and benefits and pension plan isn't it?
The Republicans passed a measure in the US government basically punting the fiscal cliff a few more months down the road but added a wage hold back clause to it if nothing is done in passing a budget. So some Democrats objected to that, seems that not being paid for not doing their job offends them
Too darn bad.
And they castigate the Republicans?
Hypocrites.
Israel bombs a convey from Syria headed to Lebanon supposedly loaded with advanced military arms.
And the great bastion of freedom, the United Nations condemns the attack.
The world is not shocked that this gutless organization conveniently did not say a word about the arms involved or what consequences they would have unleashed against Israel if delivered.
And this same august body condemns Canada on its history in dealing with its aboriginal peoples while turning a blind eye to events in such democratic areas like North Korea, Pakistan, Syria, Brazil, Tibet – get the picture?
And yet nations like Canada, Britain, Germany, the United States still pay their dues and keep this bloated bureaucracy alive.
Some day this will end and I will not mourn its demise.
So, a couple of rodents used to forecast whether of not Spring will be early this year,indicated that this was going to be the case. Well, if you live in Regina (our old home town) you have to hope that is true. Reports indicate that this is one of the most intense and long winters in many, many, many, many years. It seems to have started in October and continues to this day. Every other day seems to bring stories of either intense (minus 30-40) cold or extremely high winds and snow storms and large accumulations of ground drifts.
Spring cannot come too soon for them I suspect.
So here are a few final photos from the Islands for them 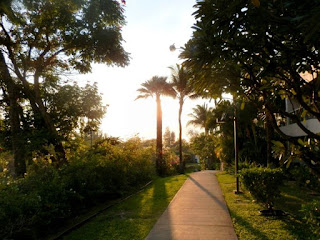 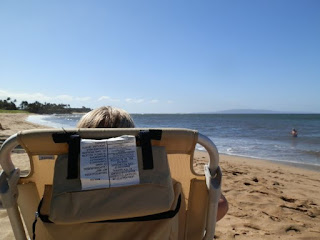 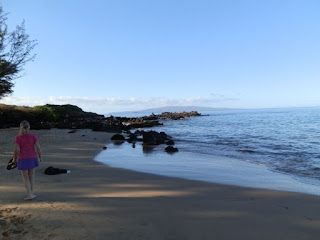 So another short column ends and I apologize for that but somehow, with sun, surf and sand it has difficult to focus strongly on things other than sun, surf and sand.
I will try harder next week after we get home.
Until then,
take care out there,
flatlander52
Posted by flatlander52 at 9:41 PM No comments: