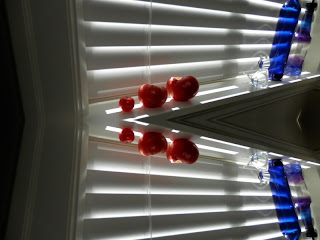 Slowly but surely they are getting a little larger – almost enough to feed a tiny tot one supposes but in that aspect, they signal the forthcoming arrival of the dreaded Fall and Winter seasons – can this really be true?
Take care out there,
flatlander52 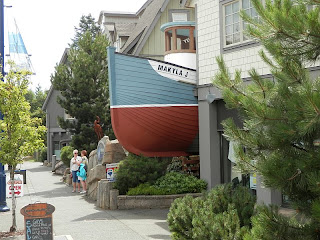 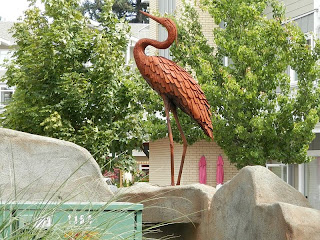 Take care out there,
Flatlander52
Posted by flatlander52 at 6:13 AM No comments: 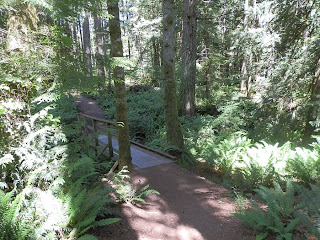 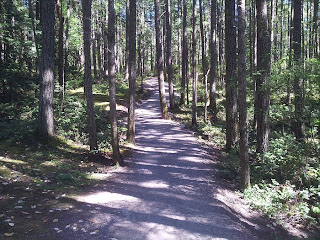 And those pictures were of the “level” parts of the path!
Nuts!
Speaking of gardens, we had our first home grown tomato this week.
A wag suggested it would be great with caviar on a cracker..... 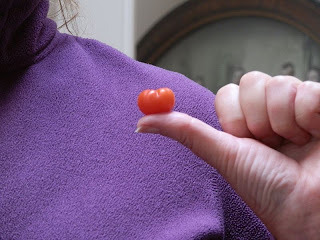 Take care out there,
flatlander52
Posted by flatlander52 at 12:05 AM No comments: 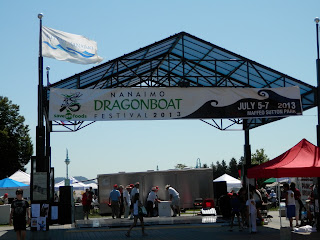 We also did a tour of the small town of Chemainus and were suitably impressed with the place both with the attractions as well as the cleanliness. A feature of the town is that they have over 30 some murals painted on the exterior walls of different buildings throughout and it is very impressive to see. Definitely we will return to spend more time there. 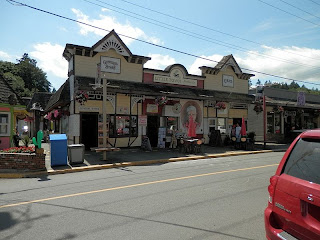 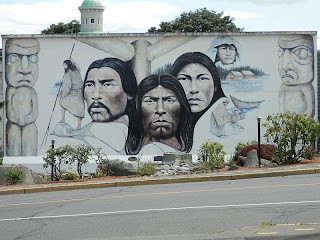 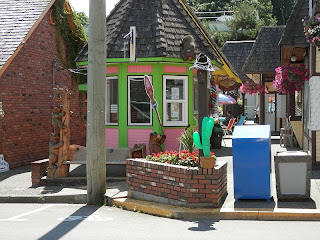 Did I mention about the 10,000 step regime my better half has enlisted me in?
Aghhh........do I really want/need the body of a Greek god?
I am starting to develop bumps on my legs – something she refers to as muscles!!
Oh, the horror....
take care out there,
flatlander52
Posted by flatlander52 at 12:20 AM No comments: