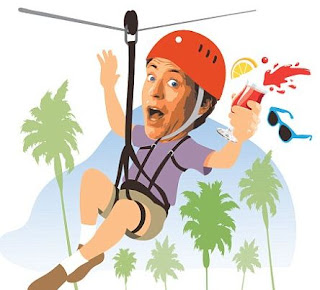 take care out there,
flatlander52
Posted by flatlander52 at 12:02 AM No comments:

The violence and unrest continues to escalate in Egypt by the day. The government is on the verge of banning the Muslim Brotherhood Party and mobs of Muslims have torched Christian Churches. And the American government continues to send financial and military aid and only murmurs small words of quasi disappointment over the carnage and death.
Strange.
Indeed the whole American foreign policy of late has been one of almost quiet indifference to world events.
Are we witnessing the start of a silent return to the isolationism of the 1930's from America?
Is America so preoccupied with internal events such as the continuing controversy of the revisions to the health care system (called by opponents - Obamacare) and further revelations over possible illegal privacy intrusions on the general population by the National Security Agency (NSA) and the general state of the economy itself that all eyes are now turned inward?
A quick perusal of many American news headlines show a dearth of items – more than the usual indifference – about any world affairs. It is almost as if the world has vanished outside the borders of that great country.
There are many struggling nations in the world that fervently hope that this is not the case.
The ugly, vicious, unchecked war in Syria continues.
Sigh... does anyone care?
Speaking – or is writing? - of old hot spots re-emerging, Spain and England seem to be upping the “polite” discourse over the fate of the island of Malta. Both claim it as their own. Argentina and England are upping the “polite” discourse over the Falkland/Malvinas Islands. Both claim it as their own.
Sigh... does anyone care?
In Canada the ongoing farce concerning the expenses of certain Members of the Federal Government Senate continues with one being assessed over $100,000 of wrongly allowed expenses and her promising to pay it all back with interest. Not a criminal charge in sight for this politician. And the Federal Auditor General announced that his office will now look at the expenses of all sitting Senators – and of course the Prime Minister keeps his mouth shut and apparently hopes that the electorate will soon lose interest in the affair. Some call this behaviour contemptuous.
Sigh... does anyone care?
Also, in Canada, a young man working at a oil change shop was dismayed to find out that he was fired after posting a plea for dope on his Twitter account. Sorry, but anyone who thinks postings on any social Internet site are private, is , sadly, just a dope.
What did he expect – a promotion for asking for an illegal drug?
OK, once again... sigh...
However in Spain, that poor beleaguered, impoverished proud land, a glimmer of hope appeared this week. In the southeast part of that country, the town of Vera triumphantly broke the Guinness World Record for the most people in one spot baring all for the biggest ever group skinny dip with with 729 participants shedding all clothing to get wet in the warm Mediterranean.
Kinda restores your faith in humanity doesn't it?
Remember the sinking of the cruise liner, Costa Concordia in January 2012 off the Tuscan island of Giglio? It seems that the operation to raise the wreck and remove it will start in September. It is and will continue to be a massive undertaking and will be well worth following as it proceeds. And the trial of the Captain is still not done with. How slowly justice can happen sometimes is frustrating to many, especially the families of the victims, over 32 in total.
Sadness from my other favourite island, Maui, where the last member of the famous 'Farden Sisters” of Lahaina, Edna Paulani Farden Bekeart died recently at the age of 95.
She will long be remembered for songs such as “Maunalua Bay,” “Christmas Love,” and “Ginger Memories” and the 1960s children’s hit “Sassy Little Mynah Bird” (co-composed with sister Irmgard Aluli).
So yet another legend leaves us.
Well, with my better half heading out East in a little while, I figured I could possibly attempt to cross one item of my so called “bucket list”. That term is from an American movie where one actor whose character was slowly dieing drafted a list of things to do before he did die – a “before I kick the bucket list”. On mine is the desire to one day have a glider plane ride. So.... I did some research and found that indeed there is an airport glider company a short drive from here and does offer these flights to the public. Of course the fee made me gulp...ouch... but what the heck, it is on my bucket list so... and then I read where there is a height and weight maximum and sadly discovered that I am 3 inches too tall and, shall I delicately say, just a couple of pounds over the max weight limit.
Drats... too tall!!!!
So, with that off the list.... hmmm.... I wonder if there is a Zip line around here? 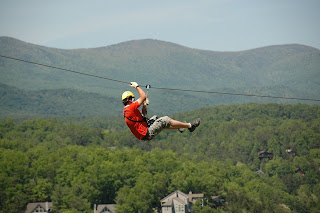 Take care out there,
flatlander52 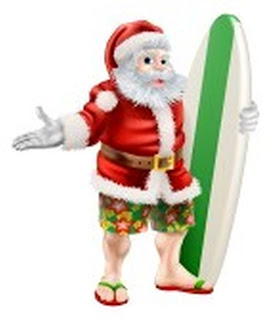 Anyway,
take care out there,
flatlander52
Posted by flatlander52 at 12:20 AM No comments:

Kind of put things in a better light, right?
Not all is gloom and doom, for if it was, well in the words of the immortal singer/songwriter, Jimmy Buffet - “ if we weren't all crazy, I would go insane”.
I would be remiss if I did not talk about the month of July here on my Island. We set a record for the most consecutive days without rain and also with the most sunlight this past month – 33 to be exact.
And I have to be honest here, a temperature of 25 degrees Celsius is not warm, it is downright hot! And yet, on the flatlands where I came from, that would just be warmish and hot is in the 35 plus range. Not too sure why the difference but no matter why, sure is welcome.
I continue to be impressed with how long the growing season is and the size plant become.
Those plants are 3 months old (actually a bit more but I digress...) and I marvel at them every day when I sit outside having a morning tea. And all I can grow are silk plants from the department store! These are the results of care from my better half who amazes me with what she can do with plants in this part of the world. 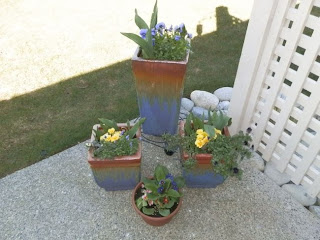 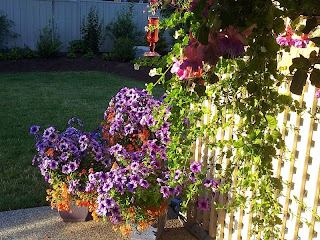 We went to the harbour front this past week to show an air show put on by the world famous SnowBirds and what a treat that was for us and the thousands along the area. Precision flying at its best. 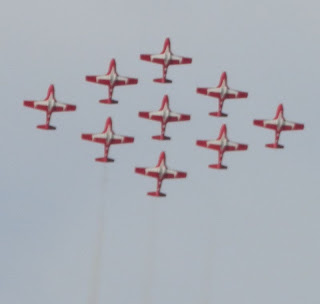 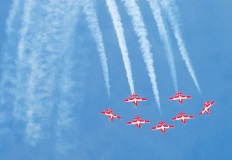 All in all, another great week here on my Island...
take care out there,
flatlander52