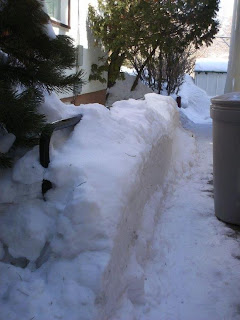 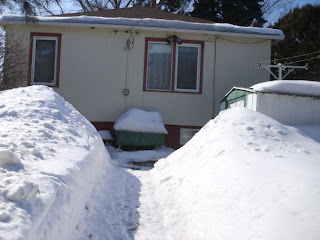 It is so hard to realize that plants will not sprout in Regina for another 2 months or so and yet here, things are just a-hopping. And now they are really starting to worry about possible extreme water flooding on the prairies all the way into the northern USA with some scenarios indicating almost the same level of devastation as occurred in 2011.
Hopefully this does not happen.
While here on the Island this is what our yard looks like- 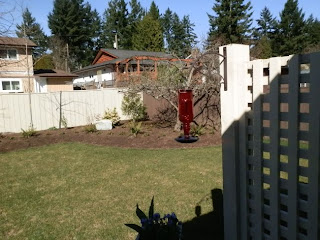 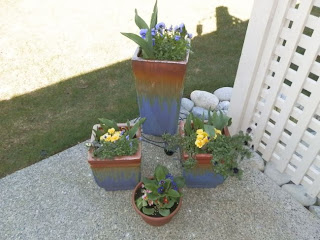 Doesn't seem fair does it?

Take care out there,
flatlander52 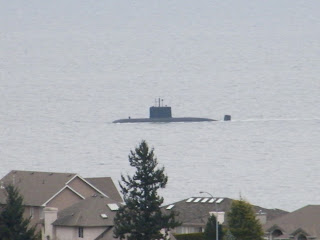 I finished off the day with a walk around a local waterfront park and considered it a day well spent. 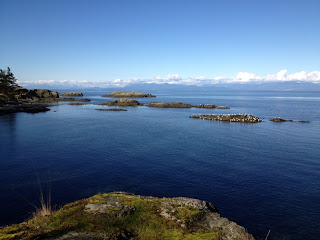 Now that Spring is officially here, may the melt start on the Prairies and warmth return to this wonderful country.

Take care out there,
flatlander52
Posted by flatlander52 at 7:35 AM No comments:

Happy St. Patrick's Day to you!

take care out there my friends,
flatlander52
Posted by flatlander52 at 8:16 AM No comments: 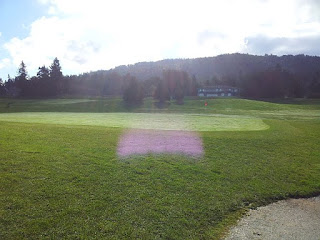 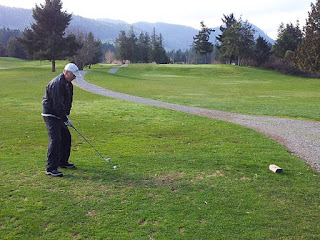 And yes, I did send these pictures back to folks on the Prairies just to torment them and I would like to say I am sorry for doing so, but really, just cannot.
Anyway, take care out there,
flatlander52
Posted by flatlander52 at 8:52 AM No comments: