Well happy 775th birthday to Berlin! Hard to believe that that quaint little town in Germany is that old. One could say that it is the capital of Europe these days. And when you consider how totally it was devastated by both indiscriminate Allied bombing and savage hand to hand combat by Russian troops in the Second World War, its' return from the ashes to global prominence is astounding.
It is a truly vibrant city with a personality unique among world class cities. I have many fond memories of my time there as well as the time I was arrested on the East German side of the city for trying to cross the Berlin Wall – kind of tells you my age doesn't it?
A so called Frankenstorm is to hit the east coast of North America starting this Sunday and into Monday and Tuesday. It will track up the eastern United States then veer into Ontario, Canada then travel east through Quebec and the Maritime provinces. Estimates of destruction on just the continental United States is over 1 billion dollars.
This does not include the cost and number of dead in the Caribbean and what will occur in Canada.
And speaking of the Caribbean, look at what has been done to Cuba, here is a quote and photo from my favourite Cuban blogger, Yoani Sanchez, in her blog, generation Y.... Thursday morning will never be forgotten by thousands of people in Eastern Cuba. The wind, flying roofs, heavy rains and trees falling on streets and houses, will remain as permanent memories of Hurricane Sandy. Nor will they be able to get out of their heads that first night after the disaster in which, from their battered beds or rickety sofas, they found nothing separating their faces from the starry night sky. 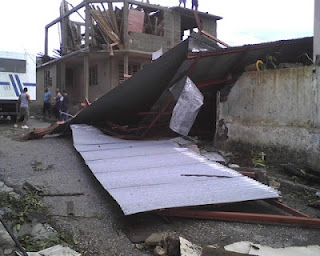 So Halloween is this week, it will be interesting to see how many little ones come to our door. Back in Regina we would average about 50 or so, even though I recall when we first lived at our last house, we were on the edge of the city and busloads of kids from a couple of Native Reserves would come in to go door to door – about 200 or so! This year, I have no basement to hide in so that my better half would have to deal with the kids and I think I will be pressed into duty this time.... sigh...
I have a milestone (millstone?) birthday this week, time to check the bucket list and add to it ......
take care out there,
flatlander52
Posted by flatlander52 at 8:58 AM No comments:

Email ThisBlogThis!Share to TwitterShare to FacebookShare to Pinterest
Location: 102-4400 Amblewood Lane, Nanaimo, BC V9R 3A4, Canada 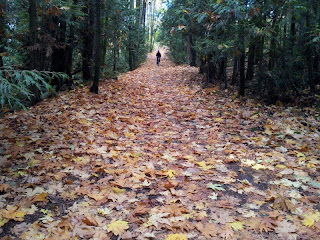 Oh, yes, we did make it to Ladysmith this week to have our lunch date with our "eldest daughter" and what a great time that was. Fine caring people like her are rare and we are pleased that she considers us friends, or as I like to say - her "adoptive" parents. Of course we had a small adventure while there. My better half left her leather  (purple of course!) gloves in the pub style restaurant (Saltair Pub-well worth the visit) and after we returned home called to see if they were still there. Of course they were gone and so the next day we trundled off on a 6 store mission to find a replacement pair. Came home, removed all tags, preservative sprayed and ready for the world - only to discover a voice mail telephone message from the restaurant informing her that the gloves had now been found! So back the following day to Ladysmith to pick them up. On the positive side, now she has a back up pair in case she loses one set...sigh... wish I could do that with power tools!
Take care out there,
flatlander 52
Posted by flatlander52 at 8:16 AM No comments: