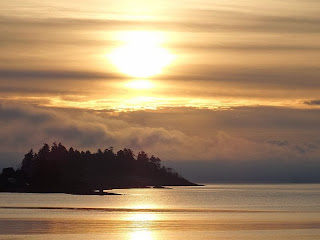 take care out there,
flatlander52
Posted by flatlander52 at 12:00 AM No comments: 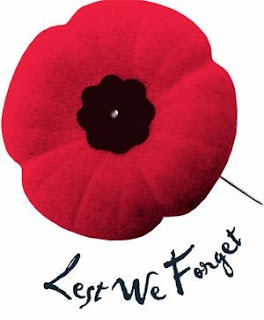 take care out there,
flatlander52
Posted by flatlander52 at 12:03 AM No comments:

Well, we are into the 11th month of 2013 and where the heck did the previous 10 months go?
November brings to us in Canada, Remembrance Day where citizens pause to remember the sacrifices of those that fought for democracy over the years. Unfortunately, what was once a solemn day where almost no stores were open for business, now mainly is a full set open for business day with not so many people having the day off anymore to actually reflect on what the day means.
Indeed the last traces of Halloween promotions are competing with the newly posted Christmas decorations.
Sigh….
Remember my observations over the past couple years about the giant debris field from the earthquake that rattled Japan 2 years ago, (killing over 16,000) drifting across the Pacific to Hawaii and North America?
Well, it now seems that the American media have re-discovered this story and bylines in media such as Fox News scream about the “toxic monster” approaching the American shores. Embedded in this debris field are life forms native to Japan and area and totally foreign and unknown on this side of the Pacific and scientists are alarmed over the possible devastation on plant and animal life from these now invasive species. As stated before, the world continues to get smaller day by day doesn’t it?
Speaking of America, one has to think that if the Republican Party would have had any idea how horribly inept the unveiling and implementation of the so called ObamaCare law by the Federal Government was going to be, then perhaps instead of holding the country hostage with useless grandstanding (and damaging voter support) they would have let it proceed while arguing against it in the media. Reports indicate that a grand total of 6 people signed on the Interweb site on the first day! And the website itself has been horribly bad - unusable would be a charitable word to describe it. Of course since it was built by a Canadian company, run by a close friend of the President’s wife apparently, the old canard of “blame Canada” has resurfaced. Just like when the 9/11 bombers struck, rabid far right wing “experts” claimed that the terrorists went through Canada to the USA - didn’t happen - a lie. In fact all the terrorists entered the USA through American cities and the ones who flew the hijacked planes got their flight training in the USA - not Canada. Anyway, reports indicate that the website will be shut down for a number of days for “repairs”. Now what better way of turning people against a government program is there? Pity the Republicans for not seeing this coming.
News from Syria say that all stocks of chemical weapons have been destroyed under a program created by Russia, a program that was met with disapproval by the Obama Administration when first brokered. That being said, two things are important to note. One is that the stocks have been destroyed and that is a good thing. The second, is that the evil carnage continues in that country as the Americans have properly pointed out to all. And that the Assad regime seems to be getting stronger with each passing week and it is publicly supported the Russia, the same country that brokered the destruction of said chemical stockpile. Skeptics wonder is this was just an endgame to ensure the survival of the Assad regime.
Interesting thought that.
And to prove that life is wonderful we go to Italy where a pensioner in the central Emilia-Romagna region has been threatened with legal action over an outstanding one cent social security bill which dates back to the late 1990s. He was told he could repay the bill "in installments" if it proved too much for him. One wonders how much money was spent to determine this incredible amount owed and of course postage and staff hours that could have been spent doing something productive - ah, as if!
This next item is kind of interesting if you follow the story to its logical conclusion. In Venezuela this week the government owns a company that is, by law, the sole provider for oil rig equipment servicing - no one else but they can do this -OK? The government had decreed that oil production is vital to the national security and cannot be interrupted - period. Soooo….the servicing company (remember, did I mention it is State owned?) has not been paid by the Government for a while and since the oil rigs cannot run without mandated supervision schedules - stopped doing the contracted servicing as a result. And...you guessed it,  the government seized ownership of the oil rigs. And yes, the rigs were American owned and now the Government has 2 rigs THEY can and will operate. And all profits flows to the government, not the rightful owner.
Some observers decry this as a thinly veiled theft by legal means via subterfuge - what do you think?
Interesting, that is for sure.

The following is a quote from an article in the National Post online edition this week...
The war on the plastic bag has been waged across Canada and Europe, but a new study out of Scotland highlights how the issue is another prime example of the law of unintended consequences. This week, Britain’s pre-eminent food scientist, Hugh Pennington, emeritus professor of bacteriology at Aberdeen University, warned that using reusable bags could result in “an increase in the number of cases of food poisoning.” A bag that has carried meat, wrapped or unwrapped, “shouldn’t be used again” because it can harbour dangerous bugs, he said. It is not the first time that policy decisions have had unintended consequences.

I post this because it seems that in this modern world where people are taking offense at everything and trying to wrap all of us in a giant plastic bubble to avoid dealing with the good and bad in life, again and again we see action taken with no thinking of the consequences.
Another case in point is where a blogger commented on the fact that the word “bullying” is being used and overused to the extent that it is losing relevance. And that is both true and dangerous. In Saskatchewan, a Canadian province, a report comes out where a young student who dressed in extreme goth style, clothing and makeup, declared she was “bullied” because she was reprimanded for disregarding the school dress code.
Sorry, she was in the wrong, end of discussion.
If she did not agree with the code - change schools or work to have it changed within the rules.
In fact one could say that she is attempting to “bully” school officials to get what she wants.
Oh well, as the young folks say - whatever!
We lost another giant this week.
British sculptor Anthony Caro, whose industrial yet playful metal creations helped abstract sculpture gain global acclaim, died Oct. 23, 2013.
He was 89.
Caro’s works were often made of steel, and his large, abstract steel sculptures stand in galleries, parks and museums around the world.
I was fortunate to view some many years ago while “a yondering” in my younger university days across England and Europe, fascinating works indeed.
On a personal note, this week saw yet another candle lit on my annual birthday cupcake and the sheer number of the flaming things almost set off the fire detector in our abode. Heck, I am almost as old as I look!!!!
Well, the infamous Halloween celebration has come and gone this past week here on my Island. And it seems that after living here for just over a year, the village children no longer tip toe in fear past our place but actually stride up the walk to ring the bell and chant out the old “treat or treat” refrain to get candy goodies.
And that meant less for me….
Oh the horror!!!!!!!

take care out there,
flatlander52
Posted by flatlander52 at 12:00 AM No comments: