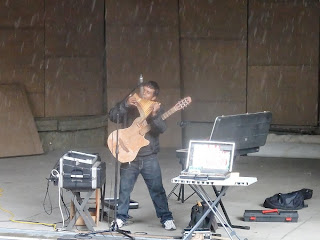 Of course during our friends visit, way too much food was consumed forcing me to contemplate starting a diet (never gonna happen!) and as mentioned before, golf was played albeit not up to PGA standards by any stretch of the imagination but still a lot of fun. We look forward to returning the visit to them next year and for sure I will have figured out a more fool proof way of creative score keeping!
take care out there,
flatlander 52

As the Rabbit in Alice would say, “oh my, oh my” - I am slightly bewildered by the week that was.
Our company arrived and my stable life is in shambles – but I will “talk” about that later while I attempt to organize my thoughts on the week itself.
OK, the righting of the wreck of the cruise ship Costa Concordia, what an effort and what a glorious result. If you watched the time lapse video (I said that it would be something else and it was!) the entire operation of over 19 hours was condensed into just under 2 minutes and it was enchanting. Sometimes things that huge work the way they are supposed to and this was one of those times. Now the race is on to put some more support tanks on the other side and then fill both with air, float the hulk and tow to a scrapyard – a fitting end to a miserable chapter of total incompetence and unnecessary death and destruction of a once proud vessel.
Another terrorist murder spree occurred in a huge shopping mall in Nairobi, Kenya with at least 39 victims, done at the orders of some thug gang – brave men indeed, murdering innocent bystanders aren't they? But if they are ever (doubt it) apprehended, then watch them scream about their “rights”.
Cowards all.
And yet they get financial backing from around the world don't they?
How come the sources are never exposed by the so called “vigilant, truth seeking, no holds barred, no stone left unturned in the relentless pursuit of truth” media?
Ah, we know the answer right?
The Canadian smartphone maker, Blackberry reportedly released 10% of its world work force this week and many question the future of this once trailblazer company. It seems it may follow in the footsteps of the other once great Canadian success story – Nortel into the mists of Time.
Tragic but the consumer favours no one in this modern world, look at the many American companies that once were and now are footnotes in history books.
The Federal election in Germany is at hand with Angela Merkel wrapping up her re-election campaign with an appeal to defend Europe and her center-right coalition against Euroskeptics who threaten to break into the German parliament for the first time in Sunday's election. The results will affect the entire world – and that is a fact.
In America, even with the recent shootings in a navel base and then one in Chicago, it appears from reports that support for tighter gun control laws is dropping.
Indeed.
Some columnists have said for years that the attention span of the average American is short term and short focused and sadly this seems to be the case.
And still the gun advocates insist that guns do not kill people, but people kill people.
That logic I just do not understand.
It ranks up there with the line of “ if all people had guns, there would be no killings”, HUH???
Sigh and sad sigh again.
God help America.
Typhoon Usagi seems to heading directly towards Hong Kong and dire predictions abound as to damages costs which if this comes to pass will have a terrible toll on the local economy. This comes on the heels on massive flooding in Colorado in the States and equally brutal flooding in Acapulco Mexico. Is this more weather change or a function of the global news 24/7 coverage?
In a bit of a head scratcher, in Canada the federal Opposition Party (NDP-New democratic Party) has decided to be really, really tough on any Russian politicians that may want to visit Canada. Any that voted in favour of the new anti gay legislation would be refused entrance here if the NDP gets their way.
Good thing they are not in power though.
Tit for ta retaliation rarely works in world diplomacy but it seems the NDP do not get this basic premise. Usually the way to help a country change incorrect laws is through constructive dialogue, guess no one told those folks that.
Gotta love those Socialists don't ya?
Also in Canada there is an emerging story about a huge uranium based resource company that due to the wording of the federal tax laws seems to be able to pay less provincial taxes than many say it should. By having a branch office in Switzerland, the company can pay a large amount of tax eligible income at a rate of 10% versus 27% in the Province of Saskatchewan where it operates, using local staff, equipment and technology. Interesting news isn't it?
Is this another example of 1 set of rules for some and another set for the common man?
Just asking.
Hey, On Maui, a 4th grocery store operated by the Safeway brand firm has open in Wailuku township and it is open 24 hours a day.
Wow, 24/7 grocery shopping, interesting concept, not to knock it, but it does not excite me that much. I understand that we constantly hear that the consumer is king – but really, is 24 shopping really that needed? One of these days someone is going to think about the people required to work these hours- aren't they?
OK, back to this week on my Island. It seems like my golfing buddy has read my claim last week on my new found ways of creative score keeping. The rotter brought out an independent auditor to keep score when we played a couple of rounds. He is in the picture below. 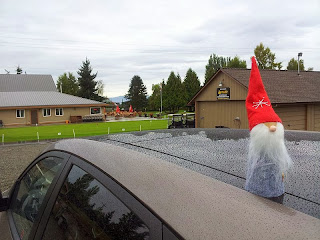 No matter, we each won a game and even though we had a little rain during the second game, 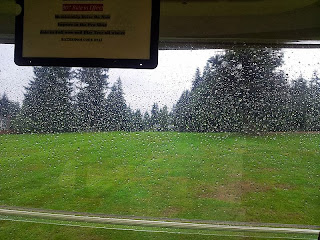 We soldiered on and had a great time. Even if the deer and ducks on the course took shelter, we persevered!
Take care out there,
flatlander52 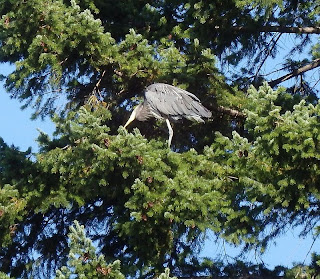 This week sees the arrival of our friends from the Flatlands and that is going to be a good time for all I think. While my better half and his explore the area, he and I will be golfing and I have devised myriad different ways of creative cheating to bedevil him with – I cannot wait!
Take care out there,
flatlander52 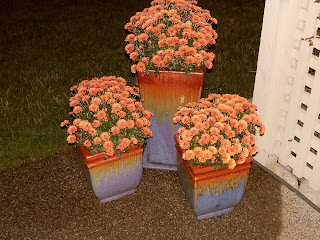 This week also saw the return of my better half from her sojourn east all the way to the hinterlands on the province of Ontario. Apparently the frantic and repeated cleanings of the family abode on my part were successful as there was little comment made and I thought I detected a glimmer of approval in her eyes when we walked into the place – but then again it might have been some faerie dust that I encountered!
Take care out there,
flatlander52 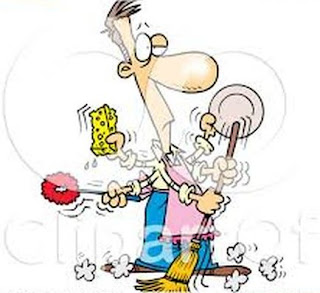 Take care out there,
flatlander52
Posted by flatlander52 at 12:01 AM No comments: