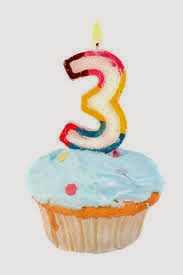 Oh wow - the winter Olympics are on in Sochi, Russia.
50 billion plus and so what?
One cannot even apologize for being cynical and apathetic at the same time.
50 billion on fancy buildings and complexes, to be used once and then?
There was an article on line this week where 2 photographers visited a dozen or so former Olympic sites and documented what they saw.
Tragedy no less.
Images of Sarajevo and crumbling concrete edifices covered in wild vegetation and graffiti.
The same in Berlin, Athens, Atlanta, Montreal and the list went on.
Only one site did well and that was Los Angeles that hosted the Games twice. The second time the events were hosted on a shoe string budget and actually turned a profit.
And reports emerge where the IOC (International Olympic Committee) has almost 1 billion dollars (USA) in the bank.
Interesting how the  noble "Sports of Amateurs" is really professional in money grubbing and corruption?
A pox on the IOC.
Well, in the United States an old friend is bacccckkk to threaten the economy.
Yes indeed, the suspension of the US debt limit expired this past Friday.
And the dreaded d word is back in use - default that is. Non payment of money owed to creditors both American and International. Reports indicate that money flow will dry up by the end of February and that also is in time for the annual tax refund flow to start. An event the US economy depends hugely upon to kick start itself in the new year cycle. You can see where this is going can't you?
If the country defaults, the economy does not stutter - it stops - period. And the ensuing fiscal collapse will dwarf the last recession in severity.
So where are the American politicians in all this?
Really good question.
Invisible might be the right word.
This is something that will not go away and the day of facing up and doing something, heck anything is fast approaching.
And whatever happens, it will affect the rest of the world, no question. So hold on to your hats during the next short while my friends.
Switzerland this Sunday is holding a referendum on immigration - specifically restricting severely all immigration to the country.
Pundits say it may pass and do so with a large majority vote.
Notice how there was no world wide coverage of this or outrage from the vocal professional whiners? The same people that would not hesitate to pillory Canada or the United States if they attempted the same referendum?
Hypocrites.
Are you as tired of all those folks that instantly whine on social media or any microphone in sight at any and all perceived injustices - large or small these days?
I will offer a quote here from the illustrious John Gormley recently (he of local fame in the Canadian Flatlands) taken from an article where he discussed the use of certain inappropriate names for sports teams in North America. This quote while discussing those nicknames can also, in my thinking, apply to those who, say, become instantly outraged over a fabricated story of a waitress who was refused a tip because she was gay. Or stories where eating establishments were faced with online organized boycotts over real or imaginary (lies) stories of services refused to a special group, say breast feeding mothers or parents with unruly children and the list of "outrage" goes on and on. Anyway, Mr. Gormley said the following in an article in the Saskatoon Star Phoenix and Regina Leader Post -  But according to today's generation of activists - many propelled by a constant sense of outrage and grievance-collecting - all of this must go.The over-sensitivity, touchiness and self-centred nature of this debate gets tiring.... Now these words resonate with many as they also seem to perfectly fit the new generation of armchair activists that seem to dominate the media  these days. And I for one am so tired of this (sorry, cliche here!) latte sipping, Birkenstock Ipad trotting group who pick and choose the least inconvenient way to protest "everything" all the while doing their bloody best to "have it all".
And you know what is funny in a way?
I remember hearing elders when I was growing up many years ago say in sorrowful terms when discussing the upcoming (my) generation and its destiny - "they just don't get it - do they?" And in a sad case of deja vu, the same refrain is coming from the lips of my generations children now.
Everything old is new again.

A couple of other news items here. First are you "shocked" over reports that Syria is falling further and further behind in the disposal schedule it agreed to for its chemical weapons? Probably as shocked as thinking North Korea will ever recognize basic human rights. And that will never happen with the folks that run that country. Funny thing about Communists run countries like that one - they despise democracy and abolish nasty things like royalty yet impose their exact same own version as is the case with North Korea and even the passing of the torch in Cuba from Fidel to Raul Castro. So much for being the voice and party of the working man. The second item is that Bosnia is experiencing it’s worst unrest in 20 years. Protests against poverty and unemployment have brought unrest to the country and the tension in the country is clear. Anti-government demonstrators angered by the nation's 40 percent unemployment and rampant corruption set fire to sections of the Bosnian Presidential buildings in Sarajevo recently, prompting clashes with police. And the death toll continues to escalate as well.
More and more communities are passing laws restricting smoking in public areas amid proof of the dangers of second hand smoke to innocent people. So how come none of the vociferous horde demanding legalisation of pot agree to this? Instead you see countless images on the TV of streets filled with clouds of smoke from supporters as if to say that the smoke is OK for all? And what about impairment levels similar to drinking and driving? Nary a peep about that but many people are rightly concerned that with possible legalization there will be more cases of "impaired" drivers and no controls for police as present legislation does for alcohol impairment - and what about insurance costs and liability?
Interesting how quiet the proponents are isn't it?
Oh well, things do tend to work out eventually don't they?
So, here on my Island, heck, we have had winter vent its cold grip on us this week. Indeed we had a couple of days where the evening temperature went deep into the negative field. One day it even hit minus 6!!! But then again, when one sees the reports of yet another winter storm doing some white slip and sliding to parts of the USA  and Canada, well, not too bad after all.
Hey - only 4 months or so until football starts again in Canada!
take care out there,
flatlander52

Hard to believe that just one short week ago, I was composing the blog sitting on my lanai in the warm Hawaiian sun and just "a chilling".
Well, that time is over and in the books and of course the bulging digital photo album and video folder as well. But the memories will last and linger and for that I am grateful.
So.....Mr. Bieber ( I know, I really did not want to mention him ever again but circumstances dictate otherwise sadly) is now facing three criminal investigations in two different countries and possible charges.
He is only 19.
One has to ask where the heck in this whole process are his blasted parents and advisors?
They seem to be nothing but the stereotypical scumbag hanger ons. And what about his druggie and pot smoking "buddies"?
One can almost feel sorry for him.
Sad, really sad.
Hand in hand with that sad saga, the infamous Toronto Mayor Mr. Ford continues to seemingly careen down a path of political and personal destruction - and no one helps him either.
So much for a kinder, gentler world eh?
Instead people gleefully flock to every bit of real or imagined news/nonsense about these 2 as if to gloat over the fact that they are morally "superior" to them in some sort of way.
Where is the humanity in this anyway?
Cowards and voyeurs, that is what they are.
The turmoil in the Ukraine continues with death and violence continuing. Can a return to any sort of normalcy ever be possible or is a civil war on the horizon?
You notice how the three  world super powers are not saying a word on this terrible situation-hello China, Russia and the USA?
Makes you wonder why doesn't it?
A Canadian commentator/satirist/comedian the other day had a good comment on the absurdity of the"disaster" mentality of news media these days. He wondered how it was possible for the same folks to be plugging hyper headlines about the so called POLAR VORTEX in North America when for as long as one can remember, this was called WINTER.
And that is what it is when it gets cold and snows in the months from November to April - winter, plain and simple.
Just like every year in the summer time, there is some knothead solemnly proclaiming that any time there is a strong rainfall, that we are in the middle of the "storm of the century".
Fools.
In Argentina, that great land being tested with fiscal problems, a government spokesman declared ( with a straight face no less) that inflation for the month of January was 5%.
Hmm, perhaps he meant for each week not for an entire month as reports seem to contradict him, including some from other government ministries. Either way, the population continues to feel the negative impact of an economy under duress.
And at one time, just after the second world war, Argentina had over 1064 tons of gold reserves and only 54.7 tons in 2010 and official figures for 2013 are "not available".
What was once the most prosperous country in South America and indeed the world...well today is a different story isn't it?
Too bad when politics ruin a country and Argentina is not the only one. Just look around the world today and you can only shake your head at the folly politicians have gleefully inflicted on their people through greed and pomposity.
This week saw the start of the Chinese New year - the year of the Horse, so to all "Gong  Hey Fat Choy!".
Here on my Island, it was nice to reacquaint ourselves with the neighbours and I also had an opportunity to touch base with my golfing buddy back on the Prairie Flatlands and see how life was treating him.
Good to be home indeed.
So, a little shorter blog as I recover from the return from the Sandwich Islands and the effort to return some sort of equilibrium to my existence,
take care out there,
flatlander52