Done
Finished
Over
That's it
3 weeks on the Sandwich Islands gone in a flash
Sigh......
The world repeats itself this past month it seems.
Want some examples?
Sure, here we go starting with yet another veto by the American President Obama of a proposed oil pipeline running from Canada to American refineries for processing and almost all the profit flowing into American hands.
One suspects he will be vetoing this in his sleep 40 years from now.
Another example, ISIS continues its evil rampage against civilization - with little world opposition.
The ugly war in the Ukraine - still going strong. A cease fire agreed to by Mr. Putin - seems he forgot about that before the ink was dry.
And speaking of Russia - the Leader of the Opposition to Mr. Putin was murdered in the middle of Red Square this week.
Surprised?
Are we seeing the return to a dictatorship by that country or has it already happened by stealth?
Indeed Mr. Putin has personally taken a hand in the investigation of this crime - shades of the corrupt Inspector from the movie Casablanca when he says "round up the usual suspects!"
Huh.
Drought in California - what year is this anyway?
Iran insults America at the bargaining table with no repercussions.
The three companies with total control of Canadian Internet service raise their rates again with no fear of government reprisal.
Heck the Canadian government seems more intent on explaining how it cannot craft a law within a 12 month deadline from its own Supreme Court on assisted suicide because it is "too complex" an issue. Hmm... too complex but not because there is an election this year and they do not appear to have, oh, let us say, the INTEGRITY to do the right thing because they may lose a few votes in that election?
No honour  is there?
Another example?
How about the sanctimonious attitude of folks about the "whiteness" of the Academy Awards?
Like really?
You mean it never was just a "white" industry?
Golly.
These are the same people that inflict the Kardashians, the Honey Boo Boo's, the Duck folk on you. And they do so because the viewer laps it up because they are filled with envy and scorn of their fellow humans. And anything that demeans them - well that makes the "common" folks just a little bit better.
Arrgggghhhh.
So, as said, this month seemed like the movie Ground Hog Day to me.
Too much sun, sand and quietness to get annoyed.
That being said, some things to check into in the coming months.
Argentina - where goes that country with an election this year as well and rampant inflation and stories of corruption and dark "things" abounding?
Greece - default now or in 4 months and what will it cost you?
America - what happens with its lame duck President and befuddled opposition?
Canada - the falling dollar and the hit to oil prices - can you spell recession yet?
France - what will you do to help the fate of Jews in your increasingly polarized country?
Germany - bully or European financial savior?
On a different note and truly a sad one, yet another hero is gone from us.
Leonard Nimoy is among the Cosmos now.
He was an actor and the character he portrayed over the decades is a beacon of light for many.
Look up his life and pause.
Live long and prosper - your rest is well deserved sir.
But enough for now as while you read this (today being Sunday) we are somewhere above the clouds heading back to our Island in the sun on the coast of British Columbia.
Looking forward to seeing home again and flowers starting to bloom in the earlier than normal Spring we are getting this year.
So, aloha to my beloved Sandwich Isles - definitely A  hui hou!!
Mahalo folks.......
flatlander52 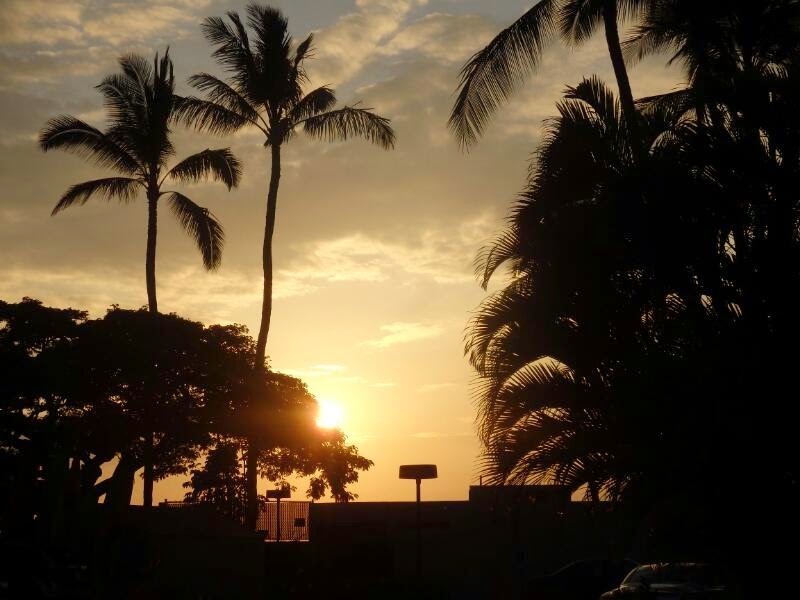